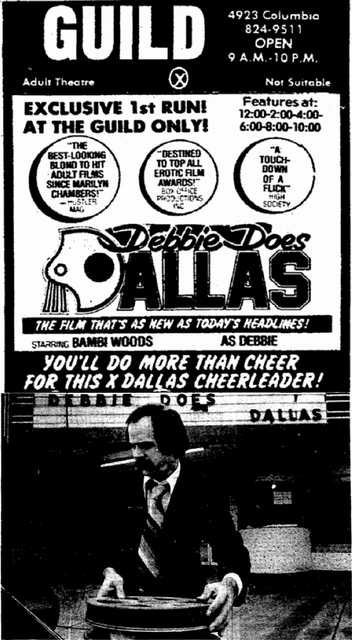 The most famous moment in a series of many for The Guild was when Dallas police confiscated Debbie Does Dallas from the theater after just two showings on its opening day, February 7, 1979. This was front-page news in Dallas and the lead story on TV news. And it proves two things: 1) The Guild cared enough to project 35mm prints of films and 2) after almost ten years of pornographic films with salacious titles, you just don’t mess with the Dallas Cowboy Cheerleaders' image! Possibly the most famous adult theater moments in this history of the city which tried everything to zone such theaters out of existence.