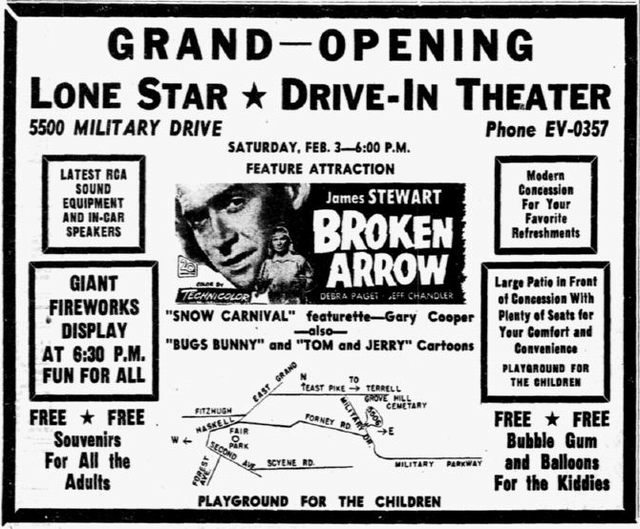 The Lone Star Drive-In Theaters circuit run by E.L. Pack had opened Lone Star drive-ins in El Paso, Houston, Lubbock and Waco before opening the Lone Star Drive-In at 5506 Military Parkway (though listed as 5500 Military) in Dallas on November 3, 1951. Fireworks opened the evening followed by the main feature of “Broken Arrow.” On March 23, 1961, the Lone Star’s address was 4600 Lawnview Avenue where it remained until its closure. The Lone Star’s traditional fare gave way to adult content in 1966 where it continued into the 1980s up to the home video revolution.