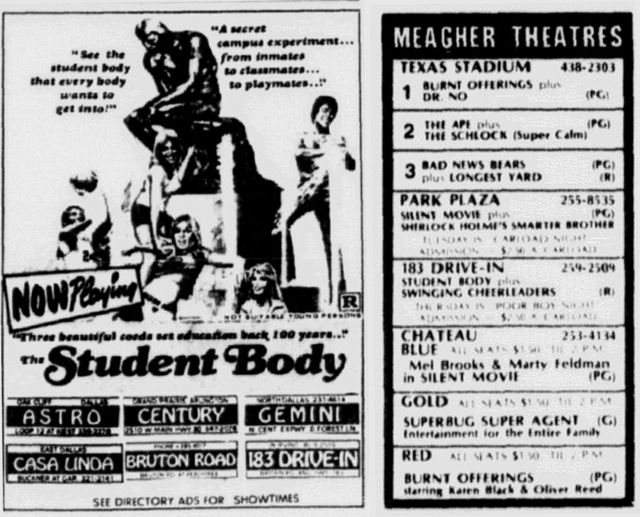 November 27, 1976 ad for the 183 Drive-In which was showing “The Student Body” and “Swinging Cheerleaders.” That’s the night that office Robert W. Wood was shot and the murder wrongfully pinned on 183 Drive-In customer Randall Dale Adams. Adams had gone with another man, David Ray Harris who had stolen the car they were in, to the 183 Drive-In. The investigation would lead to Harris who – in turn – would pin the murder on Adams. The 183 is captured in the “Thin Blue Line” documentary by legendary documentarian Errol Morris.