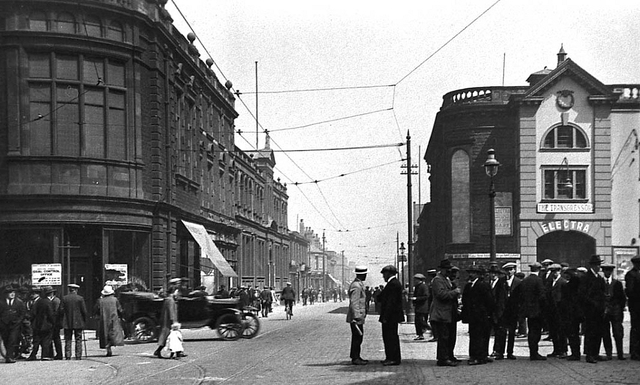 This view of Effingham Street has captured the “Electra” (sign over the entrance) when it was showing “The Transgressor”. There were two short films with that title made in 1911 and 1913, and a feature film in 1918. The poster is probably for the latter, which would date the photo to around 1919/20, allowing for the delay in US movies getting into the English provinces. (In the cast was a young Ben Lyon, for those who recall “Life with the Lyons” on the BBC Light Programme.)

Today, the building on the left with the curved corner has a branch of Greggs. The Electra and adjoining sites have a newish, large, retail development with Boots on the site of the Electra. The area is pedestrianised.