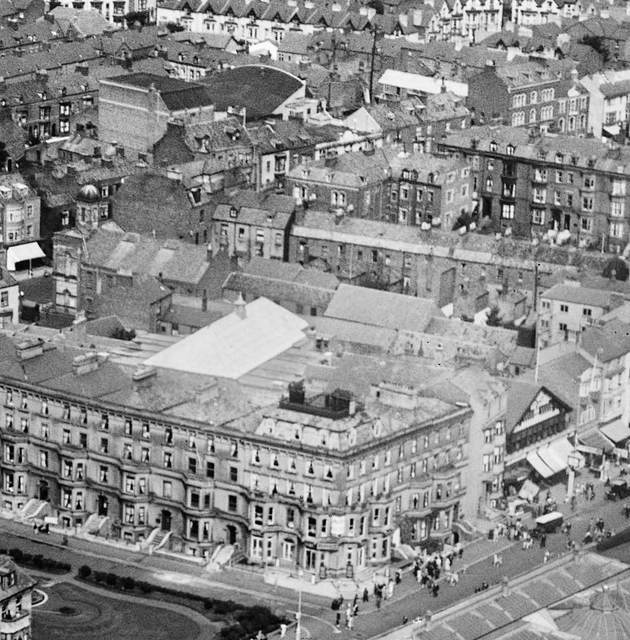 The orientation of the auditorium is caught in this August 1928 aerial photo of Bridlington. It was set back from, and parallel to, The Promenade. The Kinematograph Year Book for 1954 gives the capacity as 1026. The screen (presumably CinemaScope equipped) is given as 35ft by 14ft, which is rather odd as the listing also gives the proscenium as being only 30ft wide!

The, later built, Regal must have been very close to the stage/fly-tower end of the Winter Gardens.

Two panels, either side of the original academy screen within the original proscenium, were removed to accommodate the 35ft scope screen.