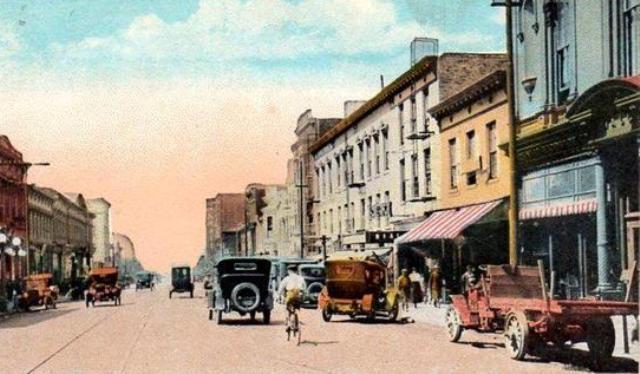 A 1918 (between January 1918 to 1925) photograph on the 300 block of Georgia St., – the Rialto Theatre, the theatre during this timeframe was the Rialto Theatre located at 336 Georgia St. Vallejo, Ca. The Theatre is where you can view the sign on the right side of the photo. The Rialto Theatre was the last name given but only one of the names that this movie house had through the years(Bell, Empire, Don, Rex, Rialto). The building the Theatre was located at became Smith’s Stationary and the left side of large part of the building was rebuilt to be the Central Bank in 1923, later the well known Bank of America Commercial Bank.