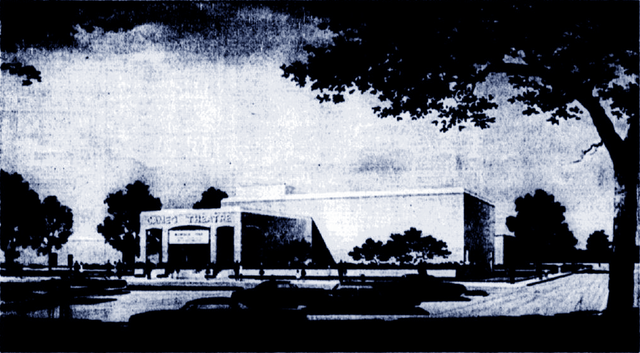 Here is the first of two drawings by Jack H. Morgan for Hunt Properties Cameo Theater announced in 1969 which would be updated and then finally built in 1971 leased to Interstate Theaters. This was the Interstate “only” version. The second and built version incorporated the ABC logo as the company was known as ABC-Interstate when actually built. ABC-Interstate and later Plitt would have the dubious distinction of closing the theater not once, not twice but three times as the theater underachieved during what was likely a 15-year lease. In terms of DFW cinema history, the Cameo had but a cameo.