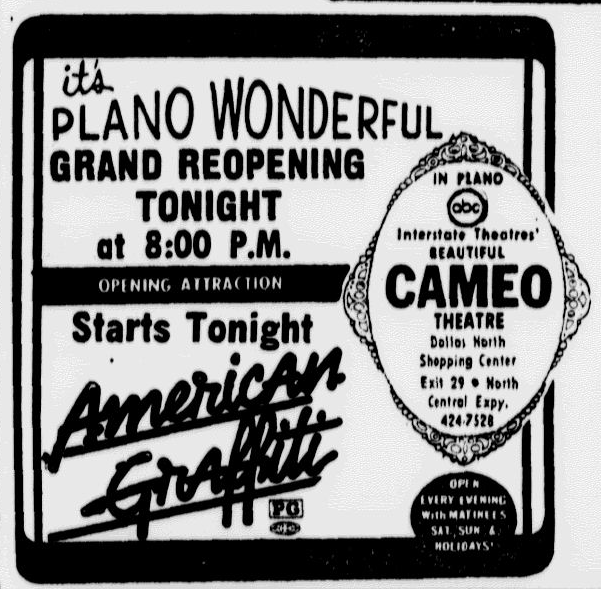 Interstate’s Cameo Theater had a time capsule buried at its November 1971 grand opening to be opened in 2005. Given that the theater didn’t even make it three full years before ABC-Interstate closed it, things didn’t look good. However, the circuit gave second life to the shuttered theater, reopening on June 7, 1974 with “American Graffiti.” The underperforming theater was closed again and re-opened by the theater circuit now held by Plitt for the third time in the same decade. Unfortunately, the third closure was the charm as the Cameo had finally flopped.