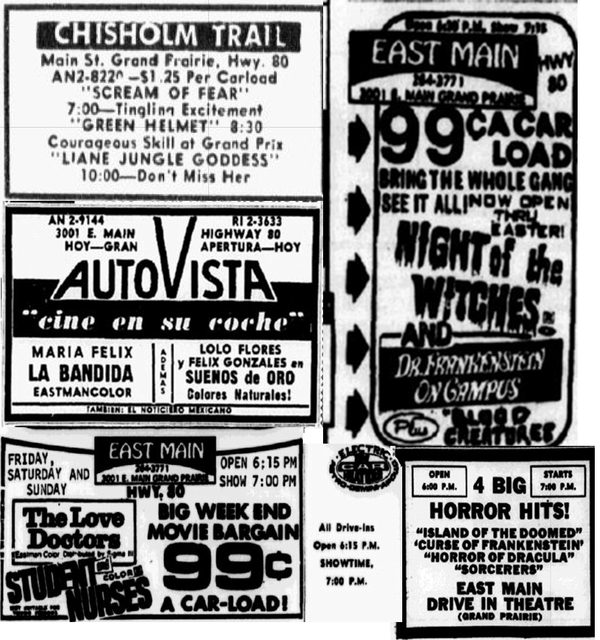 These ads represent all four owners of this Grand Prairie Drive-In. In the upper left corner in one of its first shows is Woodland Hills Mayor Arthur Avnsoe who originally launched the ozoner as the Chisholm Trail Drive-In. After an imbroglio with the city over adult content, the theater became Dallas Fort Worth’s first Hispanic drive-in rebranded as the AutoVista by Panamericano Theater owner J.J. Rodriguez. In the bottom right corner, Charles Weisenburg added the theater to his circuit of Weisenburg Theaters and rebranded it as the East Main Drive-In switching back to English language films. And in the bottom left and upper right corners is McLendon Theater Circuit taking over the East Main in 1969 and running it as a super discount 99 cent carload for exploitation double/triple features and third-run Hollywood hits. The theater started in 1962 and ended in 1971 finishing with four owners, three names, and an indifferent audience base.