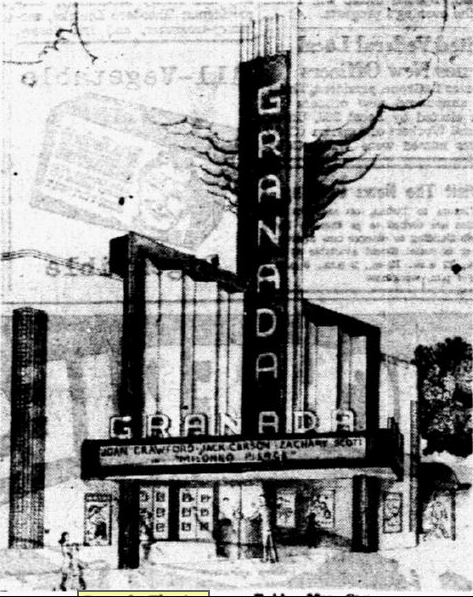 Post-War Dallas saw the rise of new suburban movie theaters which would pressure some of the second-run theaters on downtown Dallas' theater row. This architectural sketching by Raymond F. Smith of the Granada was the first of many suburban Dallas theaters to be operated by the Phil Isley Theater Circuit opening January 16, 1946.