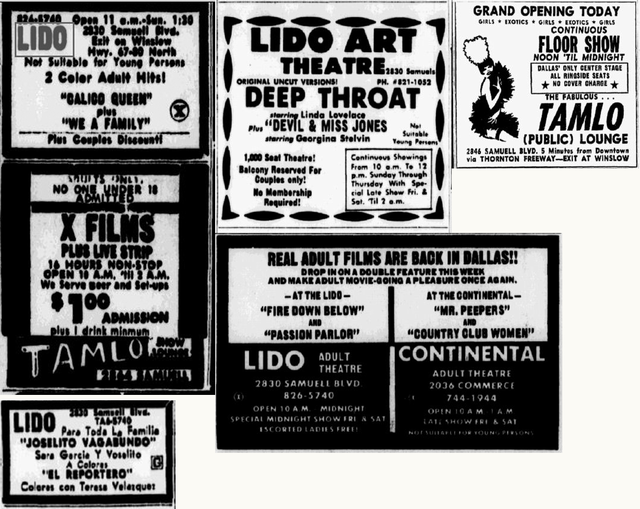 The Lido’s Adult Theatre / Art Theatre era was from 1966 to the home video era in the 1980s at 2830 Samuell Blvd. One interruption took place in 1970 when the theater was subleased for Hispanic films (see ad in bottom left as an example) while the theater mulled over an obscenity regulation crafted by the State of Texas. The neighboring Tamlo Show Lounge worked in adult films as part of its presentation and the Lido would find its way back to “real” adult films along with its sister theater, the Continental in 1971. The pre-requisite “Deep Throat” was a success for the theater. Though the Lido would give way to repertory and live shows under the theater’s original Major Theater nameplate, the Lido’s name lived on into the 2010s as an adult theater in Dallas and away from public parks, residences, et al.