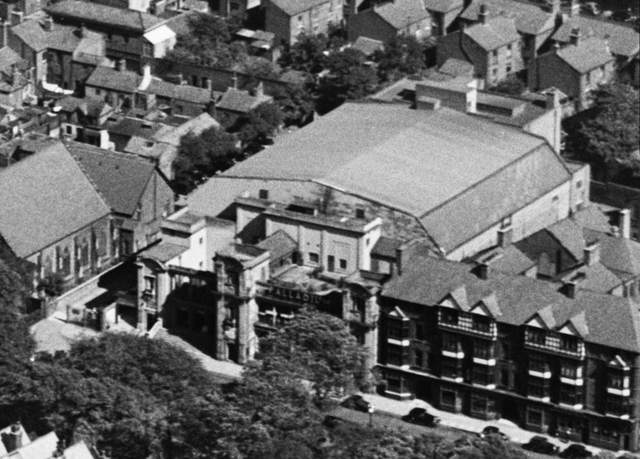 This 1938 view shows the layout of the Gaumont British architect W E Trent’s rebuild of the Palladium which opened in 1930. Trent retained the classical front façade of the previous building.

The original cinema was narrower; and was behind the central and right-hand high towers. There was land to the left, as there were abortive plans to build a palais de dance next to the cinema.

After the fire of 1925, the replacement cinema was bigger (certainly wider) using the land mentioned above. It was the 1925/26 rebuild that extended the façade to the third, shorter, tower on the left.