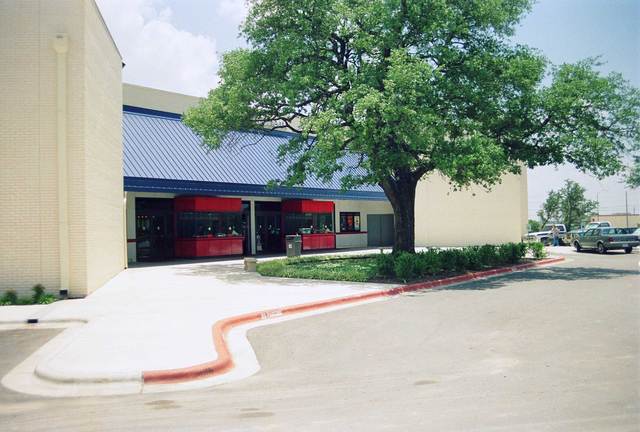 This was the theater as it was seen in 1990 before it closed and eventually became the Arbor 8 at Great Hills. The Great Hills opened in July 1989 and closed in the fall of 2000. It sat idle until the Regal chain reopened it.