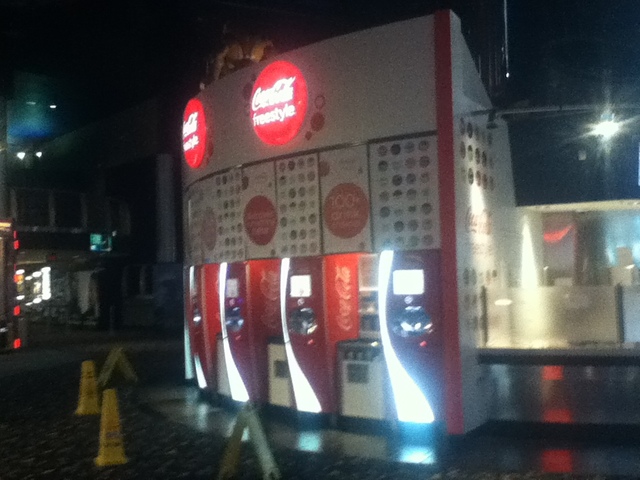 The Coca-Cola Freestyle is a touch screen soda fountain introduced by The Coca-Cola Company in 2009. The machine features over 125 different Coca-Cola drink products, and custom flavors. The machine allows users to select from mixtures of flavors of Coca-Cola branded products which are then individually dispensed. It was installed in 2012.