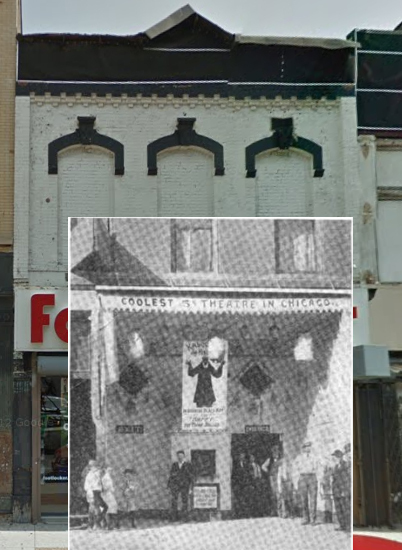 Yes. This was the location, but this is not the White Front Theatre. It was taken over in February 1911 by the Peto Brothers (Peto Theatre) for a short time before the business dissolved in the fall of 1911.

The upper quarters (which I’ve seen) was used for storage only after a fire destroyed the north side of the building soon before Laemmle rented it from an undertaker. The three windows in front were sealed as a result of the fire. The building was deemed “a one story building,” as Carl Laemmle made note in an unpublished 1927 memoir.