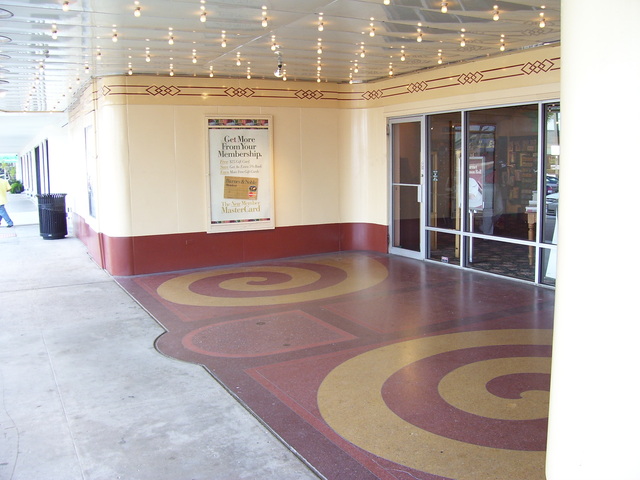 THe intersting thing about this picture is the u shaped object on the floor. That was the original box office for the Alabama. It was moved over to the far wall in the 1960’s for additional space and 2 windows. My sister was robbed at gunpoint in this box office. A man in line chased the guy around the corner into the back parking lot and tackled him to the ground. The gun went sliding under a car. Howard Skelton gave this man a free pass to the Alabama for a year for his bravery and all the free cokes and popcorn he wanted.