Hippodrome Shildon showing 'A Kind Of Loving' shortly before closure in 1962. 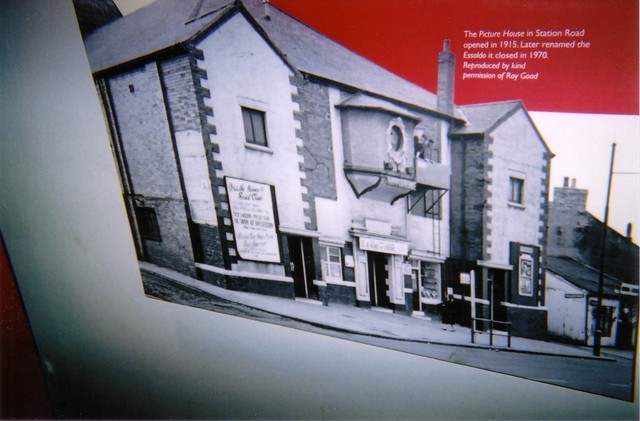 This photograph is on display in Timothy Hackworth’s house which forms part of the Heritage Trail in conjunction with ‘Locomotion’,The National Railway Museum’s second site in the UK.

The caption reads ‘Picture House, Station Road’ (which later became the Essoldo). How anyone could make such a silly mistake is beyond me as the ‘Hippodrome’ sign is plain to see.

Mention is made of Shildon’s cinemas often being small and unhygienic. That would certainly have applied to the Rex Cinema in Shildon and possibly latterly to the Essoldo although that company did have certain standards even then.

The Hippodrome, on the other hand, was large and always clean. It seated 1020 in stalls and circle, the circle (front and rear with a crossover dividing the 2 seating areas) having no overlap. If there had been seating below the circle the building would have seated at least 1500, given the huge site it occupied.