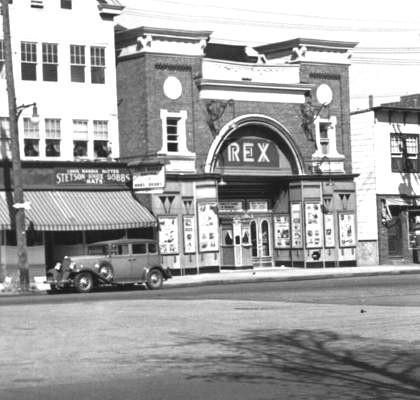 From 1911 until 1935 this theater was known as The Park Theater. When the Rex took over in 1936 and for its first eight years it offered live vaudeville shows and many silent movies. Between the end of the theater as ‘The Park’ and the beginning of the theater as ‘The Rex’ it spent a very short time named ‘The Little Mozart’, showing strictly German films.