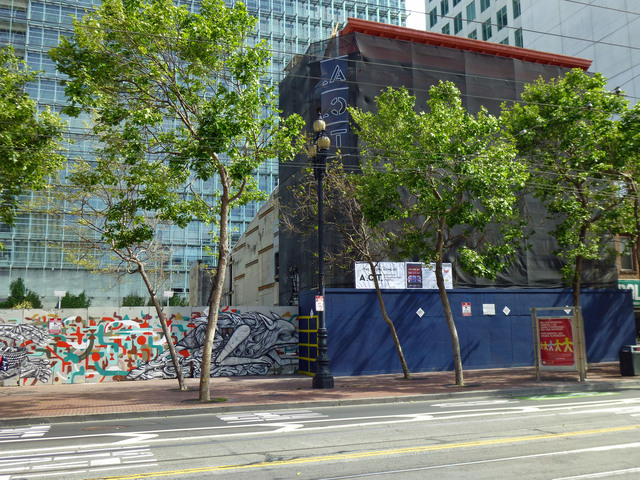 April 2014 photo. The entire front of the Strand is covered midway through it’s transformation into a new second home (an addition to the Geary Theatre) for the live performance American Conservatory Theater (ACT) group.

To the left of the Strand is a fenced off vacant lot where the Embassy Theatre once stood, nearly two decades after that beloved theatre’s demolishment. Plans for a new 12 story apartment complex are apparently still on hold.

In the far background where a mammoth Greyhound bus terminal once stood is the Federal Building.