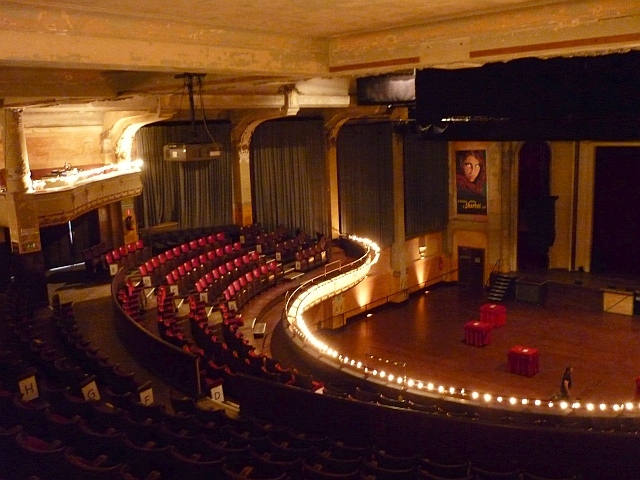 In 1998 during “The Summer Of Antwerp” a 3D-filmfestival and a Theatershow called “The Kamarazovs” by “Blauw Vier” took place in a messy building. In 1997 Theater Group Rataplan started to use the Guildenhuis in the Wijnegemstraat in Borgerhout and later on De ROma. They started a renovation thogether with volunteers, employment projects and local companies in 2002. After six months of cleaning rubble a grand opening took place. In 2006 the renovation is completed. In 2009 already 350 volunteers and 20 payed people work for the theater. In 2013 the new Roma celebrated it’s tenth birthday.