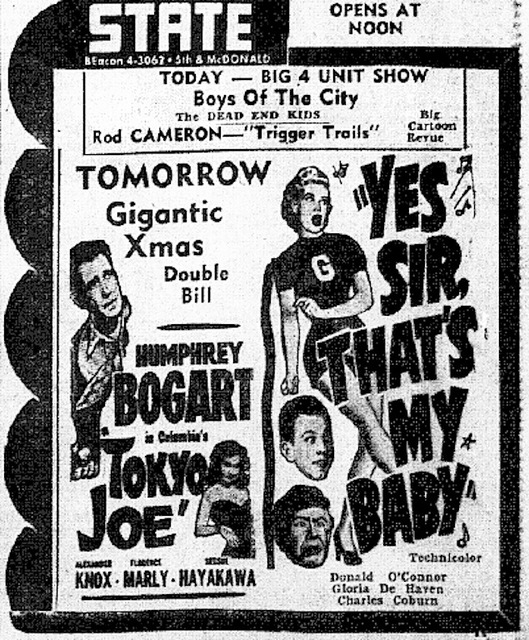 The Fox West Coast Theatres run State continued operation into the early 1950’s with mostly second run programming with a scattering of reissues and lesser quality first run films thrown in. This newspaper ad from the RIchmond Independent is from right before Christmas 1949.