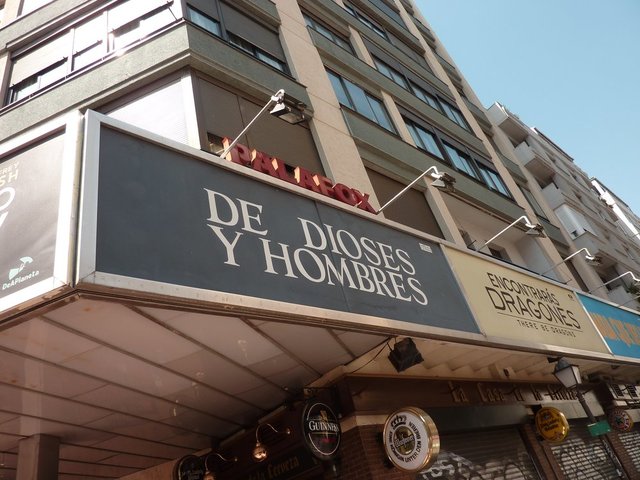 The Cine Palafox is located in the Chamberi district of Madrid, near the Bilbao stop on the Metro system.

The premiere was held at this cinema of producer Samuel Bronston’s 1962 epic "55 Days in Peking" which was filmed in Madrid. Rita Hayworth, John Wayne, Tony Curtis and Claudia Cardinale attended the premiere, as they were in town to star in Bronston’s "Circus World"

The Cine Palafox has hosted the prestigious Cinema Writers Circle Awards, Spain every year from 1999 through 2006.

I recall going to see this theater’s exterior. I’m not sure if this is the building, with the sign, maybe:
View link