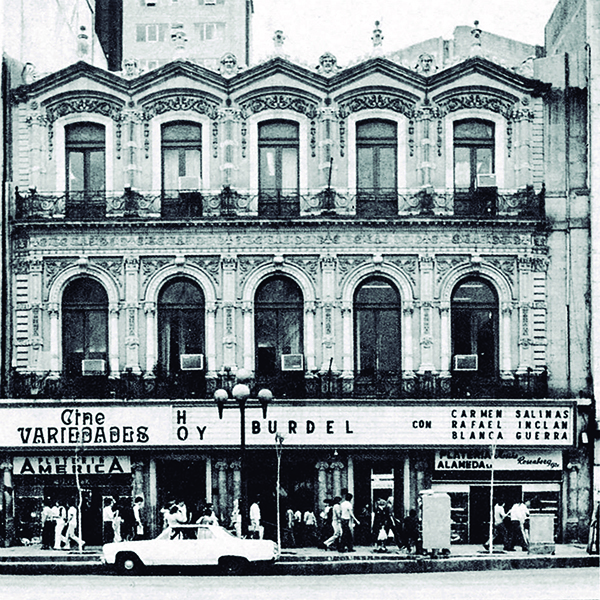 Located in the Distrito Federal in the centre of Mexico City. The Cine Variedades was built on the site of the Cine Margerit, retaining the old facade. It opened on 29th February 1956. Seating was provided in orchestra and balcony levels. It had a 66 feet wide CinemaScope screen.

In 2011, the auditorium was demolished, leaving only the facade and lobby, which is in a poor condition.