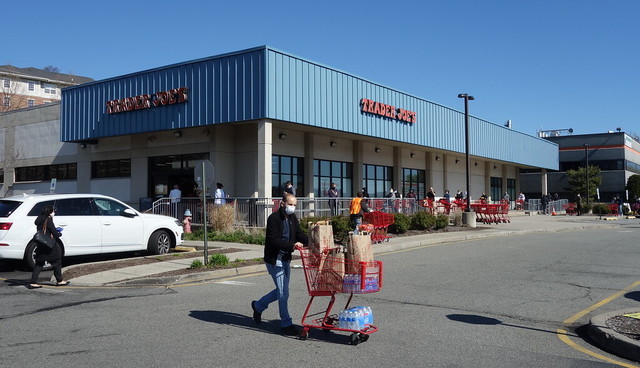 Opened on August 12, 1977. A four-screen cinema located at a strip mall on Edgewater’s River Road, the theatre’s lobby opened up to a Hudson River, NYC skyline view.

The theatre featured a single-station, exterior box office and a wood-paneled 3 station concession stand. It was taken over by Loew’s in 1981.

Closed in 2001, its marquee was utilized to promote special events at the Binghamton Ferryboat Restaurant, located just across the parking lot.

It was like the cinema industry’s version of a shootout scene from an old Western movie: the venerable Loews Showboat Quad looking down the barrel at the flashy new Edgewater Multiplex Cinemas.

And when the smoke cleared at the base of the cliffs at Edgewater last week, it was the bigger gun, the 16-screen multiplex, that was still standing. A mile down River Road, the four-screen Loews gave up the battle Thursday and closed its doors.

Clearly, there was room for only one cinema complex in this town.

A similar scene is being played out in communities around the nation. Simply, there are too many movie screens and not enough moviegoers.

A surge in the number of so-called megaplexes, like the new National Amusements-owned venue in Edgewater, complete with stadium-style seating, cafes, and other new amenities, are pulling in the crowds, but at the expense of older cinemas.

Such “overscreening” has muscled national chains into closing smaller cinema complexes and wrought financial damage: Carmike Cinemas Inc., United Artists Theater Co., General Cinema, and Edwards Cinemas have sought Chapter 11 bankruptcy protection in the past year, while Wall Street investors have been scared off by businesses associated with the industry.

Loews Cineplex Entertainment Corp., which operated the Showboat, became the latest casualty Thursday. New York-based Loews was acquired by investors as part of a bankruptcy restructuring, and closed 22 theaters including the Showboat, while promising dozens more closures to come. The company, which is among New Jersey’s biggest operators with 204 screens, has not specified which other theaters it will close or when.

“What’s happening is in many cases you’re not getting new moviegoers, you’re taking moviegoers from a certain area and dividing them up,” said Robert Piechota, who owns two independent Somerset County theaters and is an officer with the New Jersey branch of the National Association of Theater Owners (NATO).

Megaplexes have been popping up throughout New Jersey, sometimes with dire results for local competition. The newer complexes include General Cinema’s 16-screen Clifton Commons and a 24-screen theater in Mercer County operated by AMC Theaters.

Moviegoers, like Mary Israel of Hoboken, have shown a clear preference for huge entertainment facilities like the Edgewater Multiplex: “It’s convenient, it’s comfortable, it’s easy to park, the sound is good, the screens are big,” said Israel, who has already seen films including “Traffic” and “The Gift” at the new theater. “Just about everything you could want.”

And the Showboat? “We went once, and that was enough,” she said.

Bill McLuckey’s theater has taken notice of some of its new neighbors. The three-screen, non-profit Williams Center Cinema in Rutherford differentiates itself by showing films for children and families. The center’s management also provides space for performing arts, but McLuckey – the center’s executive director – said the screen buildup in Clifton has cost him attendance.

“I think all of us have felt the impact of these megaplexes,” McLuckey said. “They’re new. They’re glitzy. They’ve got a lot of screens.”

Much of that growth occurred in the second half of the decade. AMC Theaters built the first monster movie venue in Dallas in 1995, housing 24 screens replete with now-common amenities under one roof.

The megaplex accelerated a trend that began in the 1970s when the industry began turning cinemas into two-screen theaters to reap benefits of shared concessions, restrooms, and box offices, while increasing the audience’s viewing options. So by 1999, even though the number of separate screens had climbed by more than 10,000 in the previous five years, the number of theater complexes actually had fallen.

People, however, have not flocked to theaters as quickly as the number of screens have risen. Though movies remain a popular entertainment option, admissions rose only 17 percent from 1989 to their peak nationally of 1.48 billion in 1998, and have actually dropped by 60 million the past two years, according to NATO. Observers point to a lack of quality films to choose from and increasing home-viewing options as reasons for lagging attendance.

“Suddenly you’re trying to rent a location when attendance has dropped due to new competition,” said Brian Callaghan, director of film marketing and communications for General Cinema, which operates 38 screens at four locations in New Jersey. “Everyone in the industry is experiencing it to some degree.”

Loews, one of the country’s largest theater operators with about 340 venues and 2,800 screens, was the latest to file for bankruptcy, but perhaps not the last. Privately held Regal Cinemas, the nation’s largest chain, reportedly said last week it was considering closing as many as 30 percent of its 375 theaters to pay debts.

“Very few players are going to emerge out of this unscathed,” said David Allen, a media analyst with Morgan Stanley Dean Witter.

Industry observers say the movie theater business is in transition. The future landscape could feature super-screened megaplexes that cover commercial films with more theaters looking to discover niches, as foreign-film showcases or as coffeehouse cinemas.

“You’re going to have some kind of evolution of the market,” said Al Nigrin, executive director of the Rutgers Film Co-op and the New Jersey Media Arts Center. “By the end of this decade I’m sure there will be a variety of different types of setups.”

Appealing to a specific segment of the moviegoing market may help sustain a few older-style cinemas but not even that strategy could save the Showboat.

In a late bid to counter the impact of the neighboring megaplex, Loews had been playing less commercial films, such as a reissue of the Beatles' 1964 film, “A Hard Day’s Night,” the British heartwarmer “Billy Elliot” and Julian Schnabel’s “Before Night Falls” over the last few months.

But the appeal of “Finding Forrester,” “Cast Away,” and “The Wedding Planner” at the new Edgewater Cinemas took their toll.

“I certainly could say to you that it has had an negative impact on our attendance at the theater,” said Mindy Tucker, Loews' corporate vice president for strategic planning, prior to the announcement about the Showboat closing.

While some will miss the Showboat – the possibility of using the building for a police station was raised at recent council meeting – it seems most Edgewater moviegoers are satisfied with their viewing options.

Fort Lee residents Etia and Julian Segall, leaving a recent matinee of “Chocolat” at the Edgewater Multiplex, gushed about the comfortable seating in the new theater.

“During the year the [Theatres] Division…acquired the Showboat Quad Theatre in the suburban Fort Lee area of Northern New Jersey.”

The space is now home to a Trader Joe’s so function should be changed to “retail.”

Good Story TC on the modern Theatre Business.I miss the good old days for me 1974-1983.

Saw many, many movies here in the late 70’s and early ‘80s. First matinee show was $2 per ticket so our family came down here quite often, even though it was a 20 mile drive with several theaters (the ones in Paramus and Westwood) much closer to our house. Escape From New York, I recall seeing here. The view across the Hudson was spectacular. Also I recall inside on the wall they had large photographic blowups of tall ships on the Hudson, taken during Operation Sail in 1976.

This was the first ever movie theater in Edgewater, and a sister theater to the larger Loews theaters across the river in Manhattan.

With the closing of the showcase next month there will be no movie theatres in this town.

This opened on August 12th, 1977. Grand opening ad posted in the photo section for this theatre. It became part of Loew’s in 1981.