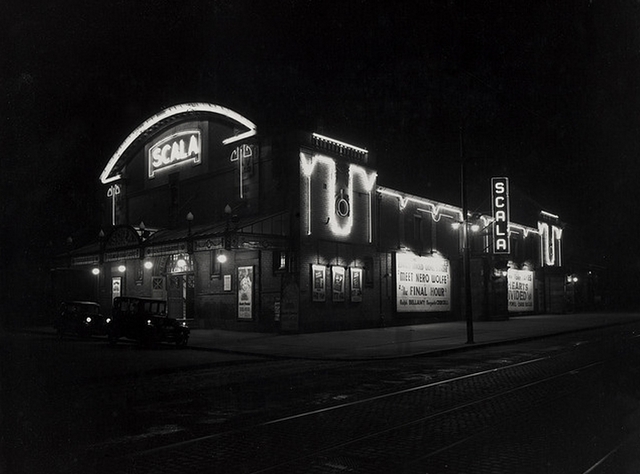 A night-time view of the Scala in 1937. Someone had understood the German concept of “Architektur der Nacht”.

The main feature, “Meet Nero Wolfe” was released in the USA in July 1936. It would have taken until well into 1937 for it to reach a cinema in a working class part of a north of England city.

Spot the ghost due to the long exposure.