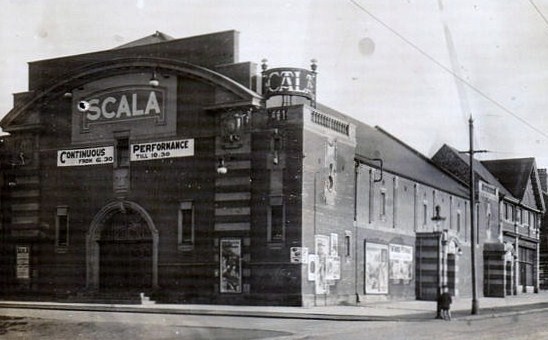 Located in the east Newcastle upon Tyne district of Heaton. The Scala Cinema was opened on 10th March 1913. It was built for and operated by Armstrong Electric Theatres Ltd. Seating was provided in stalls, circle and four private boxes. The proscenium was 24 feet wide, and for the first year it showed films with variety acts included in the programme. It was later taken over by George Black.

In March 1928 it was taken over by the General Theatres Corporation, part of the Gaumont British Theatre chain. In April 1936 it was leased to the Essoldo chain, and they operated the Scala Cinema until it was closed on 1st July 1961.

The building was demolished and a supermarket was built on the site, in 2013 operating as a Tesco Express.