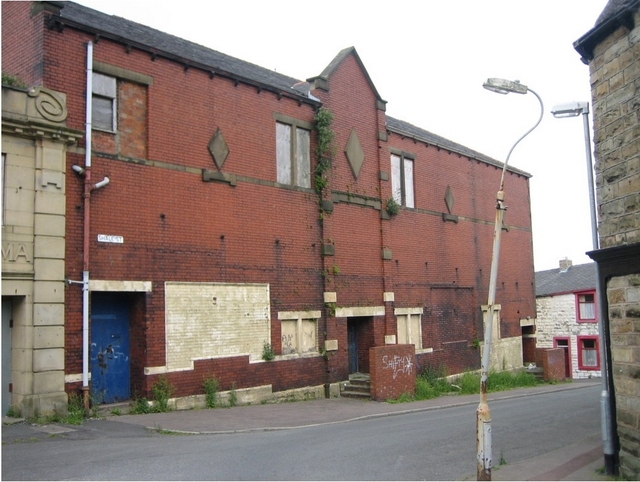 The double doors at the far end of the building opened onto a small, roughly rectangular space. Entering, one would see a paybox in the far corner on the right, to its left a door in the far wall into the women’s toilet and in the wall on the left doors into the auditorium.

The blue doors on the left of the photo were an exit from the foyer running across the building behind the stalls. On one side there were two pairs of entrance doors at the heads of the aisles in the stalls and, between them, a door to the projection room ante chamber; on the other side were women’s and men’s toilets and the entrance from the crush hall.

The partially blanked window above the blue doors is on to the women’s toilets in a corner of the rear of the circle.

The gabled feature was purely decorative. There was nothing inside the auditorium to indicate its presence.