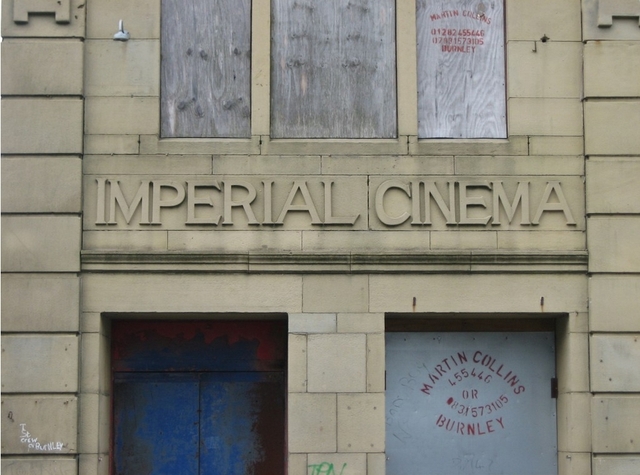 Detail from the entrance façade.

The ashlar stone was a decorative veneer on a red brick construction. I wonder what became of the two stones bearing “Imperial” and “Cinema” respectively. It would be nice to have had them included somewhere in the replacement apartment development, Imperial Court.