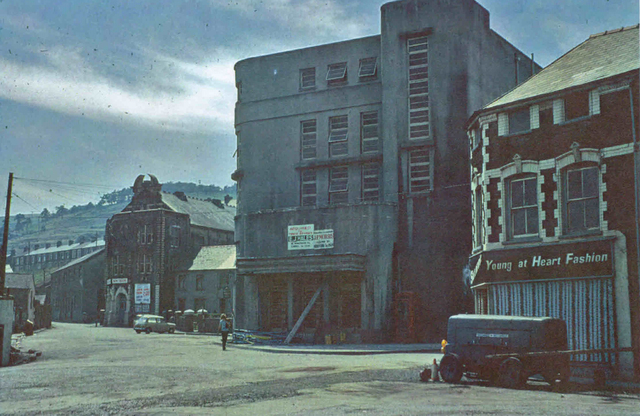 An alternative view of the Astoria in 1969 awaiting demolition. Demolition took much longer than expected due to the quality of the build.

To the left of the picture is the Workmen’s Hall which became the towns makeshift cinema following the closure of the Astoria.