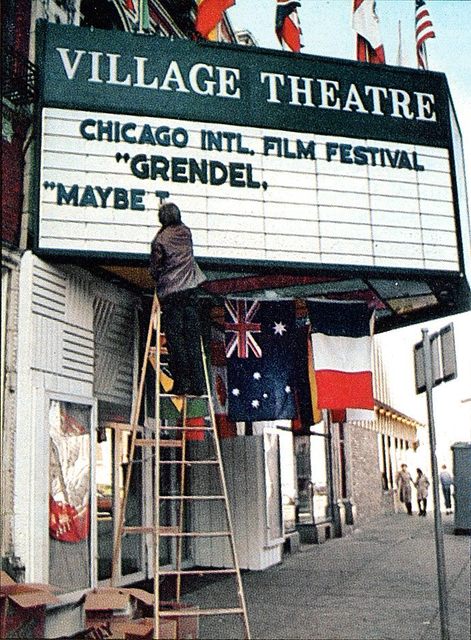 Projectionist Tim O'Neill on the ladder shares his story. “It was the first time I had to work with the festival. I also worked at theatres that presented the 19th and 21st festivals. In 1993, I projected movies at the festival office on Dearborn Street. The following year, I projected some movies for the festival at the Music Box Theatre. In 1996, I was hired back at the festival office on Randolph Street to be the screening room projectionist and I worked there every festival for 8 years. I briefly came back in 2006 at their new office on Adams Street but that screening room was pretty sad. I never came back. Now it’s pretty much all digital at the festival. It was a nice little gig while it lasted.”