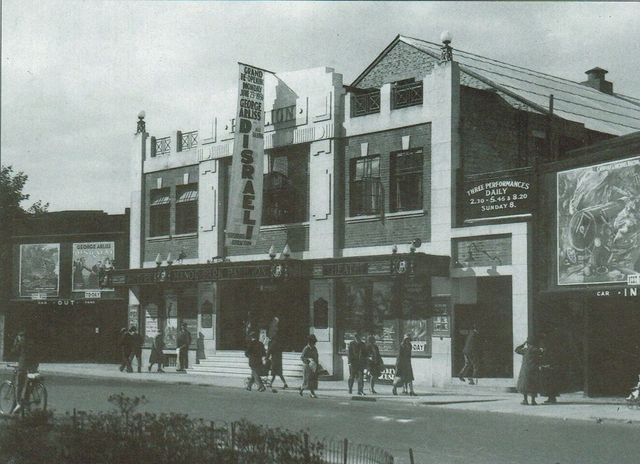 Manor Park Pavilion Picture Theatre 23rd June 1930 Gala re-opening following refurbishment and ‘modernisation’ (installation of sound).. Shows the frontage of the Pavilion resplendent with its original bronze & glass canopy which was a trade mark of most theatres of County Cinemas chain. Canopy had rear illuminated panels with the name spelled out and illuminated glass torch lights. Similar canopies were fitted to the Alexandra & Empire theatres in Aldershot, Regal - Farnham & Rec Cinema - Farnborough.No neon sign on the Pavilion at this stage, this was later placed on the facade when County Cinemas were taken over by Odeon and made in the corporate octagonal font synonymous with Odeon.