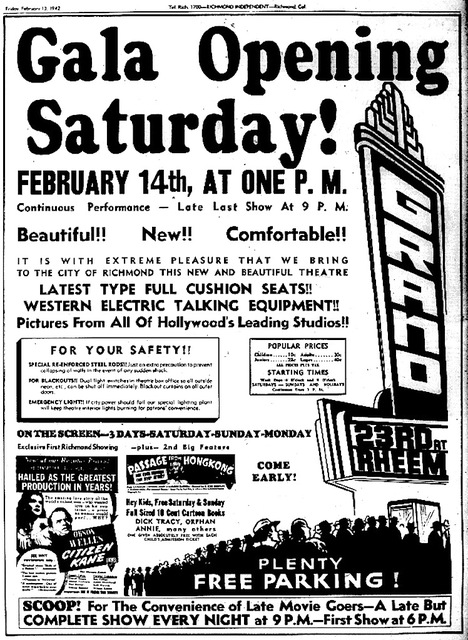 Newspaper ad from the Richmond Independent. The Grand Theatre opened at 23rd Street and Rheem Avenue on February 14, 1942, the first in the Robert L. Lippert theatre chain and the first of four theaters Lippert would open in the Richmond area within the following year and a half. The Grand was the first of several new theaters opened during World War II to serve Richmond’s rapidly increasing population, much of it newly employed in the Kaiser Shipyards. The Grand cost $80,000 to build and was built and opened in an amazing 97 days.