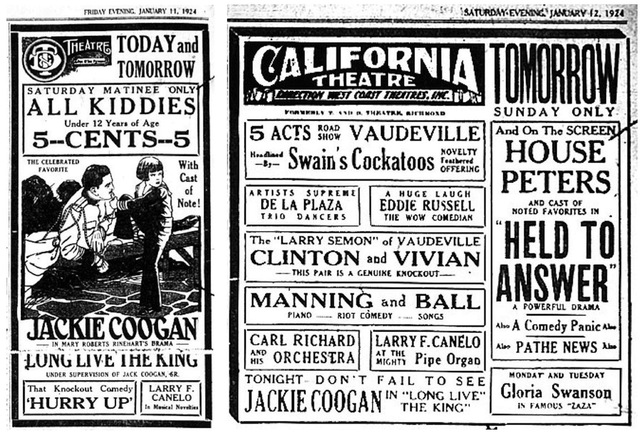 Established in 1921, West Coast Theatres, Inc. purchased the T & D circuit in 1924. The name change from T & D to California in Richmond appears to have happened without fanfare on January 12, 1924. At left is the newspaper ad from the Richmond Independent from Friday January 11 showing the theatre’s name as the T &D. At right is the ad from the next day Saturday January 12 showing the name as the California with “Formerly T & D Theatre Richmond” in small print below.