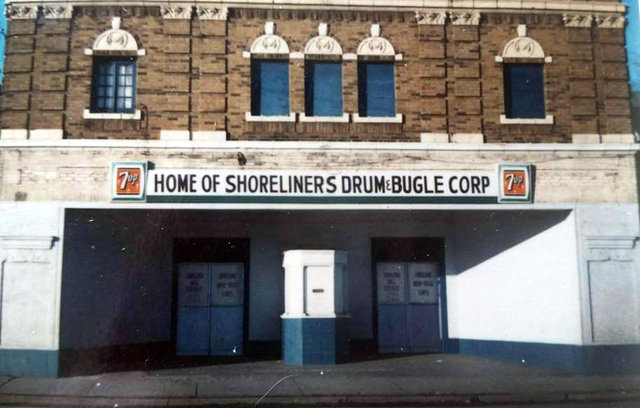 In 1965 the Korf family, owners of the VOGUE, gave the building to the nonprofit Shoreliners drum and bugle corps (note misspelling on sign) with the agreement that if the corps ever disbanded, ownership would revert to the Korfs. Some insensitive changes were effected; the members' parents chiseled some exterior ornamental detailing off, leveled the floor almost up to the stage floor, removed the plaster wall sconces and coverings, and painted the interior white. The auditorium became L-shaped with a kitchen surrounded by concrete-block wall as the parents decided to rent the space for weddings and the like. By 1973 the corps had disbanded and the reversion clause of the original contract went into effect.