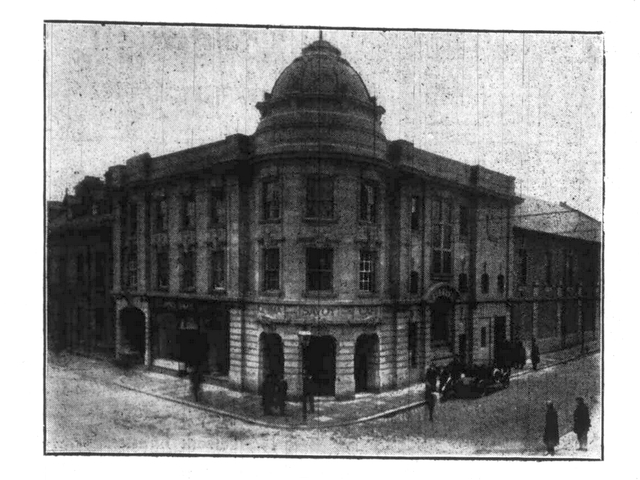 From the Burnley News of Saturday 23 December 1922, the Savoy’s opening day, a view of the exterior.

The licence application under the Cinematograph Act 1909 has been on Wednesday 24 March 1920. On 17 February 1921 demolition and site clearance had not begun because the Savoy’s owners were embroiled in a court case trying to get possession of a parcel of land occupied by a butcher’s shop. When site clearance was underway, a large number of rats were disturbed; enough to warrant a report in the newspaper!