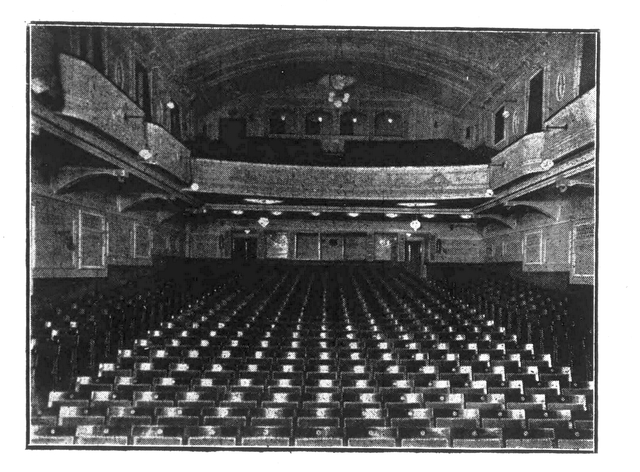 Located in Burnley, Lancashire, on the corner of Manchester Road and Red Lion Street. The Savoy Cinema Superb was opened on 23rd December 1922 with Cecile B. De Mille’s “Saturday Night”. The cinema also had a café for the convenience of its patrons. In August 1929 it was equipped with a Western Electric(WE) sound system, and Al Jolson in “The Singing Fool” opened on 26th August 1929. The Savoy Cinema Superb was the main cinema in Burnley until the Odeon Theatre opened in 1937.

The Savoy Cinema Superb was closed on 14th June 1956 with Edward G. Robinson in “Illegal”. It was demolished and a branch of Martins Bank was built on the site, which in 2013 is in use as a women’s clothing store named Internacionale.

The first Burnley cinema with (regular) talkie equipment was the Pentridge. They installed Electrocord which opened with Bebe Daniels in ‘Hot News’ on 20 May 1929. The Savoy ran a spoiler in the local paper, pointing out that they had tried a sound system about 18 months earlier but found it unsatisfactory so were therefore paying top-price for the WE system. So they were the second (regular) talkie cinema. The Imperial was the third (16 Sept) with BTP equipment.

The operating room was at the rear of the stalls. To accommodate the extra equipment for talkies, the room was extended into the foyer.