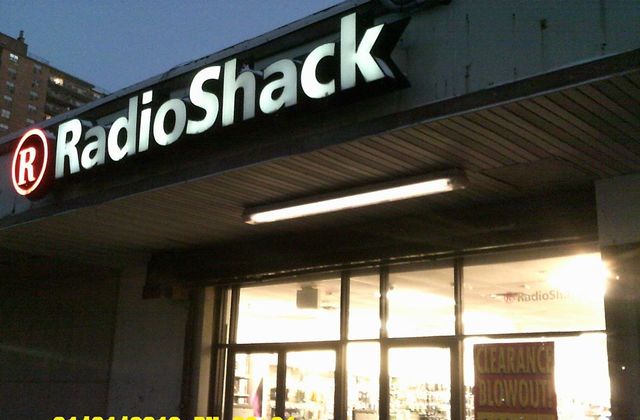 After the Trump Cinema closed (circa 1978- though some say ‘77) it was gutted and became a small Radio Shack that has been operating since then (36+ yrs), but not for long… Liquidation sale signs have been posted on the Radio Shack, which is due to close by the end of January 2015. While the entire Radio Shack chain seems in trouble (stores such as the one in the Kings Plaza Shopping Center is also liquidating) this location is closing due to the impending (and soon to be confirmed) demolition of the entire Trump Village Shopping Center. [ http://www.brooklyndaily.com/stories/2014/43/bn-trump-village-tower-protest-2014-10-24-bk_2014_43.html ] ..so folks, you have just days to stand inside the Radio Shack and see how tiny (looking at the space) the Trump Cinema actually was. The Radio Shack staffers (I’d guess born after 1980) are always astonished when told that this store (even small by RADIO SHACK standards) was once a movie theater. They often know this fact as “store history and folklore ” and still can’t imagine this space being a theater… It wasn’t originally built to be one.. when the center opened circa 1965, the second store in at 490 Neptune Avenue was a housewares store which closed around 1967 and became Trump Cinema the following year. After HBO came to the Trump and Warbasse apartments, the theater (as noted) went XXX then closed (padlocked actually).