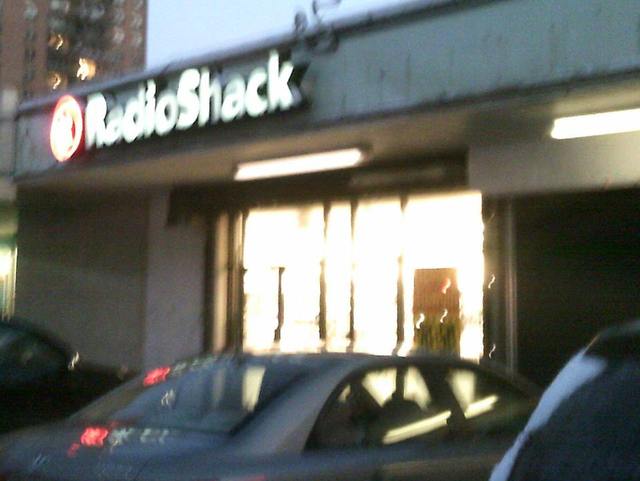 After Trump Village was opened, a small shopping center went up on Neptune Avenue. In it was a tiny movie house named the Trump Cinema which was converted from retail space and opened around December 1968. It began screening 16mm prints until it was eventually equipped for 35mm. It showed Hollywood fare for most of its short life.

A side story here was that the theatre featured a fully automated projection booth that could be operated by pushing a button in the box office. The red button was never used but remained long after the local projectionist union protested and forced the theatre to use a union operator for its projection equipment.

Finally a disgusted owner closed the theatre in 1977, and it was gutted for Radio Shack, which occupied the site until January 2016. The building was demolished with the remainder of the shopping center in late-2016-early-2017.

There seems to be a lot of mis-information about the Trump Cinema. It opened in late 1968 and was the “prototype” 16mm theatre of Automated Theatres Of America. They sold the theatre to the owner of the Card Shop in the shopping center. Because getting a continuous supply of 16mm current features wasn’t reliable
the new owner converted the projection equipment to run standard 35mm films, starting with the re-release of The Ten Commandments. It had absolutely nothing to do with union projectionists, which the theatre had from the day it opened (automated or not) until it closed.

This theatre had NOTHING to do with Jerry Lewis Cinemas. There was a Jerry Lewis Cinema in New York, but in was located in a strip mall in Rockaway. It burned downed and was reopened as a twin, then a third theatre was added shortly later.

Thats funny techman so the “Dumps” got the better original format,how ironic.

Anyway (it took me long enough), getting back to the Trump. The entire introduction is wrong. The Trump Cinema was opened in 1968 with Zeiss Ikon 16mm projectors as a prototype for its owner, Automated Theatres of America. They, like Jerry Lewis, sold “turn key” theatre packages. The main difference between them and Jerry Lewis theatres is that ATA franchises were all equipped with Zeiss Ikon 16mm projectors and NOT 35mm.

Obviously, there wasn’t room for ONE theatre franchise company, let alone two and sometime in 1970 they sold the theatre to Ted Morse, whose brother in-law managed the theatre. Realizing they couldn’t get many current pictures in 16mm, I installed 35mm projection equipment for them in 1971. The “red” automation “start” button referred to was NEVER used from day one and I disconnected it when I installed the 35mm projectors, but it remained on the wall of the box office. They had union projectionists from the day the theatre opened, until the day it closed, which I believe was some time around 1977. In addition, it was nowhere near the site of the old Tuxedo Theatre.

I added a photo (see Photos) of what the site of the Trump Cinema looks like today(1/14/2015) : A small Radio Shack store -which is currently liquidating after being at that location at 490 Neptune Avenue for 36+ years. This is due to all stores in the half century old Trump Village Shopping Center closing in anticipation of the center’s soon to be confirmed demolition. Soon (if all the rumors are true) the entire shopping center -which once included The Trump Cinema will be demolished. (took pix of it today- before it’s gone as I grew up there with such stores as Shluker’s Bakery, Sea Garden Diner, Jade Pagoda, My Place Pizza (now Rocco’s) and of course our tiny movie theater, the Trump Cinema…too bad no pix of the Trump Cinema …but remember film was costly back then..not like the snap and delete convenience of digital.)

Status should now be listed as demolished, as that section of the shopping center has been torn down to make way for a new apartment complex.

This is named after his father Fred, not the Donald.

Papa did demolish the Tuxedo Theatre on Ocean Parkway to build part of his Trump Village though. 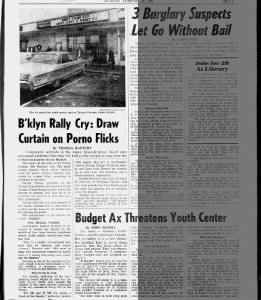