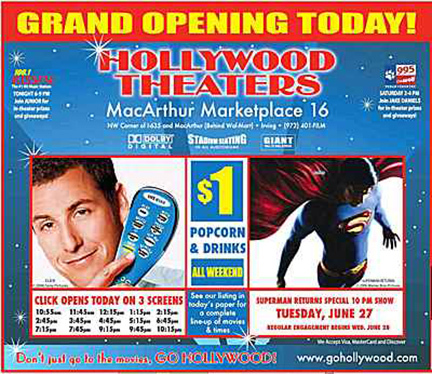 Portland-based circuit Hollywood Theaters reopened the former UA former Marquee MacArthur Marketplace Theater as its third operator inside of seven years on June 23, 2006. Regal would take on the circuit and the theater would be back under its ownership.