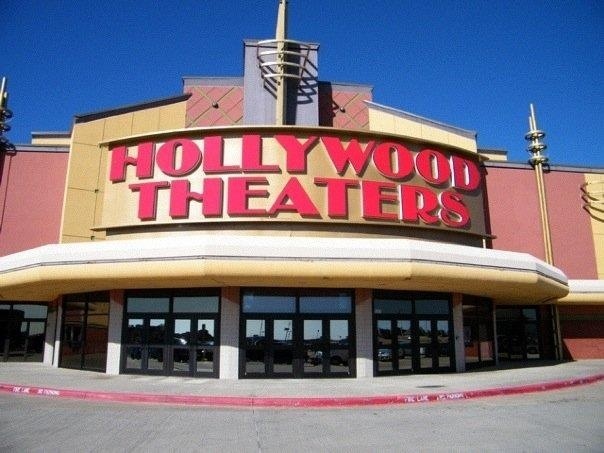 Probably not much to add to the fine comments already here but the the theater’s grand opening was Sept. 17, 1999 with the largest auditoriums seating 475 in highback plush chairs with stadium seating and 56' wide screens with smaller auditoriums holding 125 to 225 patrons. UA installed an experimental concession stand bringing expanded products through high-tech devices. But the 80,000 square foot UA MacArthur Marketplace 16 was a megaflop as megaplex overbuild was a problem for many circuits. UA was among many exhibitors filing for bankruptcy protection.

Philip Anschutz took over controlling interest in United Artists and Regal, as well as Edwards Theaters in October of 2001 and the economy worsened. The Regal Circuit shuttered 30 theaters with 208 screens in 2003. Among them was the McArthur Marketplace shuttered very suddenly on June 30, 2003 just prior to some of the year’s biggest summer flicks. To punctuate that they weren’t coming back, they even took the seats all the way to Garland to place in their aged UA Northstar theater. Regal wanted no part of the MacArthur property ever again providing less than four years of service at the location.

Developers Diversified Reality which owned the space had to find another owner quickly. In a surprise move, Marquee Cinemas out of Beckley, W. Virginia announced within two week’s time that it would re-open the theater possibly within the month targeting July 25, 2003 as a possibility. Finding the theater stripped of so much, Marquee’s opening would be set back to February 13th, 2004 and an amazingly high price tag in the three million dollar range. Theater sizes dropped a bit to 100, 200 and 425 in stadium seating configuration. But it was all trick and no treat as Marquee fled the twice-bitten loser Marketplace on Halloween of 2005 not making it two full years.

Portland-based circuit Hollywood Theaters – which had properties including the Town Center Cinema in Fort Worth and South Freeway 14 in Burleson – reopened the theater as its third operator inside of seven years on June 23, 2006. The theater’s Bollywood / Hindi films drew audiences and the theater experienced an overall uptick in business.

On February 19, 2013, Regal purchased Hollywood Theaters circuit and almost unbelievably had returned one of its most notable liabilities back into its portfolio. Regal almost immediately announced the name change of the theater as the Regal MacArthur Marketplace Stadium 16. The Hollywood signage stayed longer on the attraction sign and facade although the logo was quickly dispensed with at the concession stands replaced by Regal cups and popcorn bags. The operation continued with the same first-run and Bollywood offerings.

Just walked in to the MacArthur on Tuesday afternoon. The first time I’ve stepped into a Regal theater since 2006. Was curious who the GM was. And they told me he was an old acquaintance of mine. Todd Hecht, previously of the Burleson 14. And my predecessor at the Trans Texas Dollar Cinema 8 in South ft Worth back in 1992. The MacArthur still says “Hollywood Theaters” over the front doors like in the above picture. But it’s Regal Entertainment Group everywhere inside. We talked for about thirty minutes and I learned that all of the people that engineered, or even contributed to, my departure back in 2006 are now gone. I’ve learned that a property development company has purchased the Galaxy in Dallas and the Fossil Creek in Ft Worth. So I expect them to close in the next few years. The company also bought the UA Grand Prarie theater and it’s already closed. Not to mention the Burleson theater. Why does Regal buy up all of these theaters only to turn around and close them? UA used to be the biggest player in the DFW market in the 80’s and 90’s. When these last two theaters close. It will leave only one last remaining original UA theater in North Texas. The MacArthur. I only worked with Todd for three days way back in 92. I hope he has a good long run here. And Regal doesn’t sell it out from under him. Good Luck.

Dropped by Regal at end of lease in 2019, the location became the third location for Fun in DFW and was renamed the Fun Movie Grill MacArthur Marketplace at relaunch on June 22, 2019.

The Fun locations all closed after screenings on March 16, 2020 due to the COVID-19 pandemic along with many other theaters. Fun MacArthur Marketplace Irving was one of the first four hardtop theatres to relaunch in the DFW area on May 15, 2020 along with its Fun Carrollton, iPic Fairview and America Cinemas in Fort Worth. The Fun Carrollton closed permanently on October 31, 2020. The Fun Macarthur Marketplace soldiered on but closed abruptly after showings on July 23, 2021 promising to convert the theatre to half movie screens and have family entertainment including bowling, arcade and laser tag. With many auditoriums carrying very longstanding Hollywood titles with little chance of patrons since Fun took over the venue on June 22, 2019, the move - if it transpired - seemed sound.