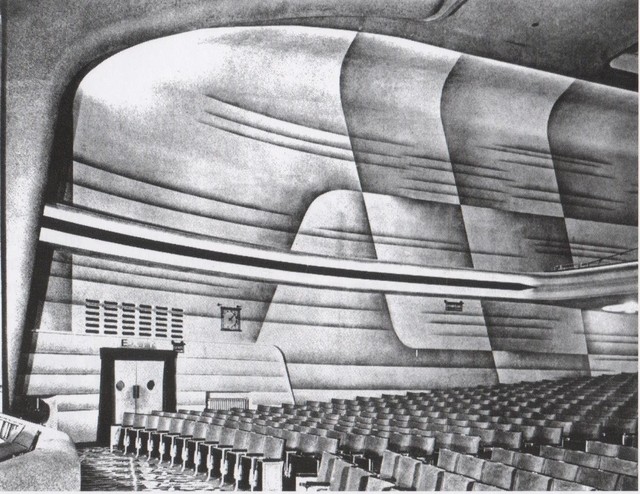 This modern futuristic auditoria design was by Eugene Mollo, who worked with a series of stencils to achieve it. A year later in 1936 Mollo and Egan were responsible for thirty eight cinema interiors. As his partner Michael Egan told me many years later he worked at a furious pace, not entrusting anyone to assist him. You can understand why by this time he was a recognised authority on Cinema Designing. Mollo must have hated the Regal’s exterior design by Cromie.