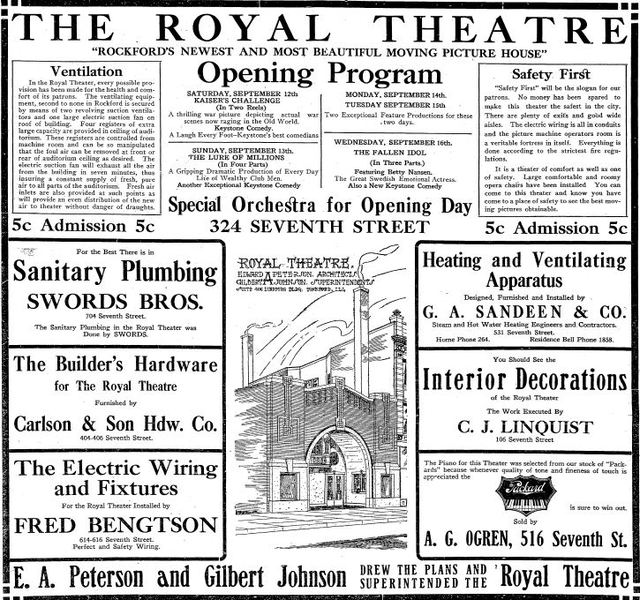 An opening day ad for the Royal Theater located at 324 Seventh Street. Published in the Rockford Republic on September 12, 1914. The 450 seat Prairie Style building was designed by the local architectural firm of Peterson & Johnson. The Strand operated here from 1926 until 1931 when it was replaced by the Strand Theater. The Rex would remain in business until 1959. In 1960 Fisher’s Office equipment would take over this space.