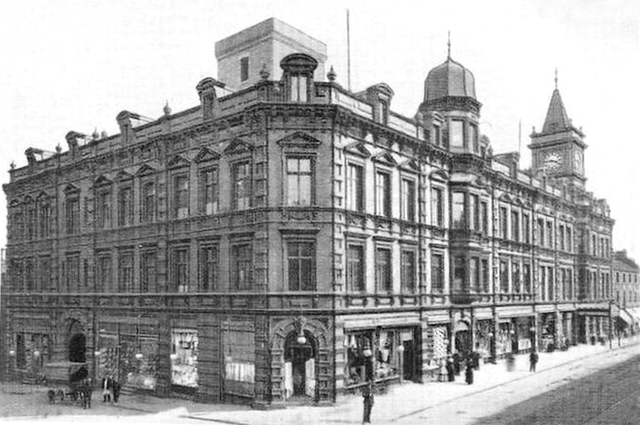 There are actually two buildings. The corner building opened in 1887. Its Buxton Street façade is symmetrical on either side of the vertical feature of bay windows and dome. The building with the clock tower was opened in 1906. It sits on the space that was in front of the portico of the Victoria Temperance Hall. The auditorium of the Hall is behind the clock-towered building and is parallel to Buxton Road. Could it be that the cast iron canopy out over the pavement marks the entrance to the hall?