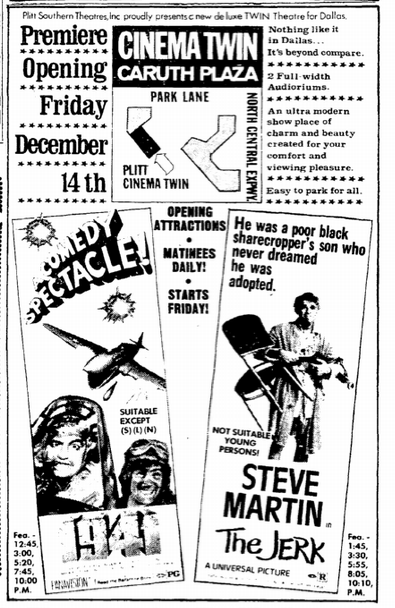 The Plitt Cinema was an attempt by Henry Plitt to make his mark in the Northpark Mall area which had been dominated by two General Cinema Theaters. The newly created Caruth Fashion Plaza was directly across the street from General Cinema’s Northpark III & IV. And this is the grand opening ad for December 14, 1979 as Plitt opened with “1941” and “The Jerk.” Plitt would thrown in the towel on this underachiever selling it to General Cinema within five years of its grand opening.