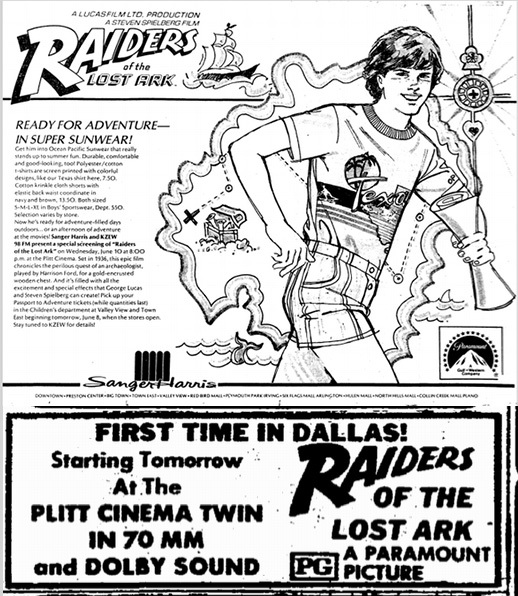 There weren’t a whole lot of highlights for the Plitt Cinema but this was probably the best one. A sneak preview June 10, 1981 of Raiders of the Lost Ark played there. And later, the theater boasted the first regular 70mm run of that film (below).