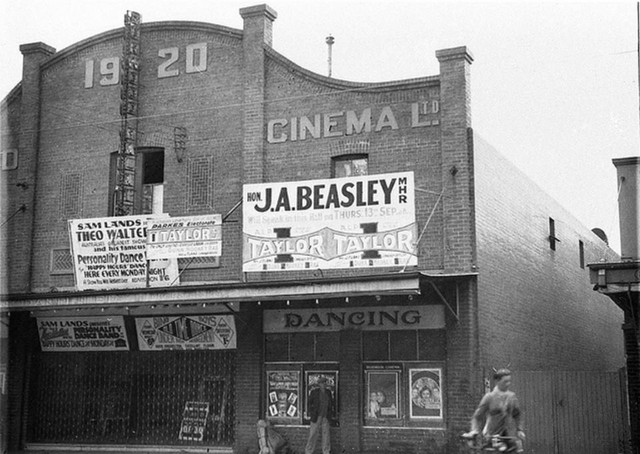 As the signage implies, the Burwood Cinema opened in 1920. It continued screening films after the Palatial opened nearby in 1921, but was increasingly used for other purposes as well: roller skating, live theatre, political rallies and dancing – as the ‘Burwood Palais’. This photo – from September 1934 – shows the southern side wall at right, which was the only part of the building used in constructing the Astor on the site two years later.