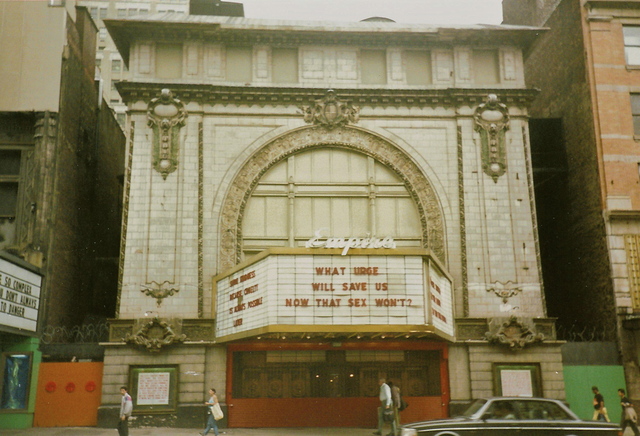 This photo (and the next few) was taken in 1993. The Empire was shuttered for some time and there was still some “set dressing” left on the exterior from the production of the Arnold Schwarzenegger movie “The Last Action Hero,” where the Empire stood in for the exterior of that film’s fictitious “Pandora Theatre.”