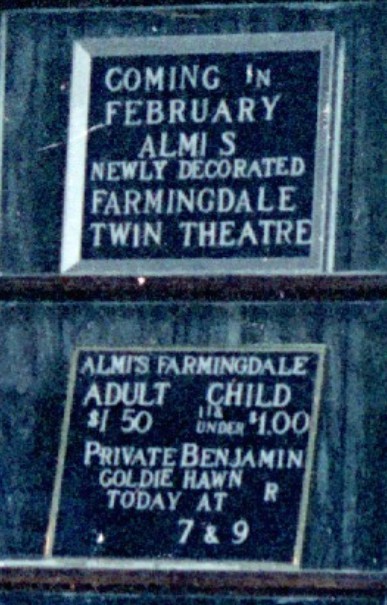 Here is a close-up picture of the letterboard signs in the box office window. Note the one announcing the “Newly Decorated Farmdale TWIN Theatre” coming in February.(1981) It never happened. In fact, somewere around here I still have copies of the blueprints for the “twinning” remodel. The big auditorium downstairs would more or less remain the same. A new ceiling was to be put above it, and the balcony was to be a 2nd theater upstairs. A 2nd set of bluprints had a “Plan B” - that involved splittng the balcony down the middle to create two theaters upstairs, thus turning the Farmingdale into a triplex.