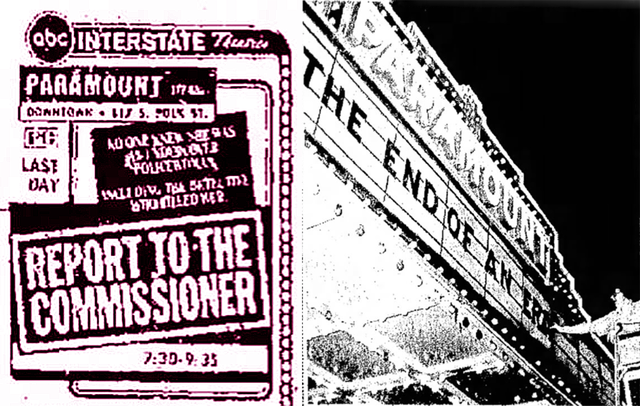 On March 21, 1975, the good news for Amarillo was that ABC-Interstate would open its new Cinema Twin. The bad news is that ABC-Interstate displaced the venerable Paramount Theatre closing it on March 20, 1975 after a late night showing of “Report to the Commissioner.” It didn’t go the Paramount’s way thereafter as the theater wasn’t well preserved.