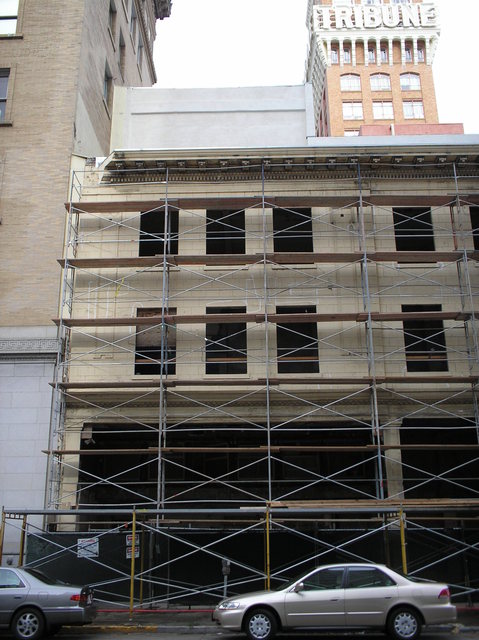 This view shows the bay where the theatre entrance was located, immediately beyond which was found the original ticket lobby ceiling during the recent renovation. Note the “notch” in the cornice atop the facade at the Left end. The original “Pantages” vertical sign featured a lightbulb flaming torch at its top, whose “flames” curved conveniently around the cornice. The cornice was shaved off at this point when a later vertical sign was applied, perhaps when renamed Hippodrome, but definitely by the time it became the Downtown.